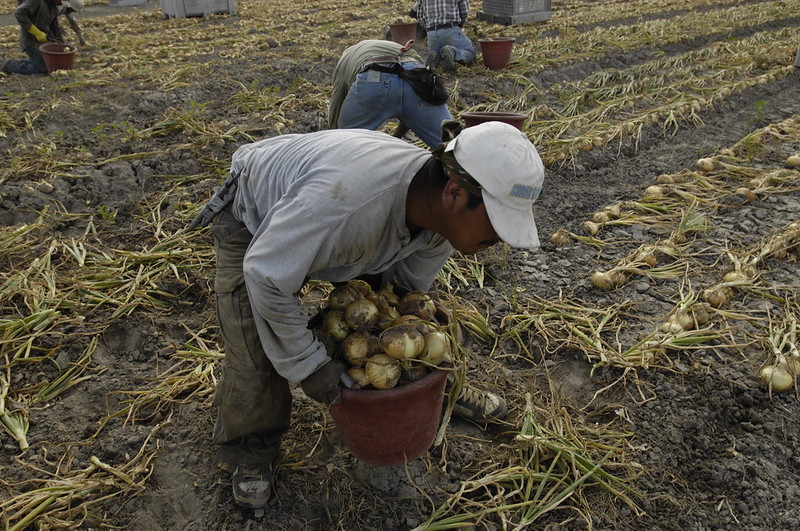 Modern slavery is happening to our gente here in the US. This is how

Alberto came to the U.S. from Mexico in 2018 with the goal of working an agricultural job to make ends meet. That goal turned into a nightmare when he became a victim of human trafficking, also known as modern-day slavery.

“Human trafficking involves the use of force, fraud, or coercion to obtain some type of labor or commercial sex act,” the Department of Homeland Security explains. “Every year, millions of men, women, and children are trafficked worldwide – including right here in the United States.”

January is Human Trafficking Awareness Month. As DHS explains, human trafficking can happen anywhere and to anyone, regardless of their background. Traffickers will resort to “violence, manipulation or false promises of well-paying jobs or romantic relationships to lure victims into trafficking situations.”

Human smuggling, it should be noted, is different from human trafficking, in that smuggling “involves the provision of a service — typically, transportation or fraudulent documents — to an individual who voluntarily seeks to gain illegal entry into a foreign country,” Immigration and Customs Enforcement explains. “It is possible the crime may start out as human smuggling but quickly turn into human trafficking.”

In Alberto’s situation, he entered the U.S. under the H2-A visa program, which offers agricultural companies low-wage labor without any pathway to citizenship for migrant workers. He is one of more than a hundred laborers who were initially smuggled to the U.S. from Mexico and Central America by contractors misusing the visa program, the Department of Justice says.

Victims of what then turned into a human trafficking operation were subjected to forced labor at gunpoint, DOJ documents show. Some victims report they were forced to dig for onions with their bare hands, earning just 20 cents for each bucket harvested. Many faced living and working conditions so inhumane that two people died on site, the DOJ said.

A three-year multi-agency investigation, dubbed “Operation Blooming Onion,” uncovered what investigators suspect is one of the largest human trafficking and visa fraud investigations the country has ever seen.

The operation was widespread, taking place in Georgia, Florida, Texas, Mexico, Guatemala and Honduras. A recently unsealed federal indictment shows traffickers made out with more than $200 million from their crimes. Two dozen individuals now face a range of federal charges.

The investigation revealed how easily migrant workers can be exploited and trafficked through the H2-A visa program. “Access to justice is really kind of a practical impossibility for a lot of these workers,” Daniel Costa, the director of immigration law and policy research at the Economic Policy Institute, told NBC News.