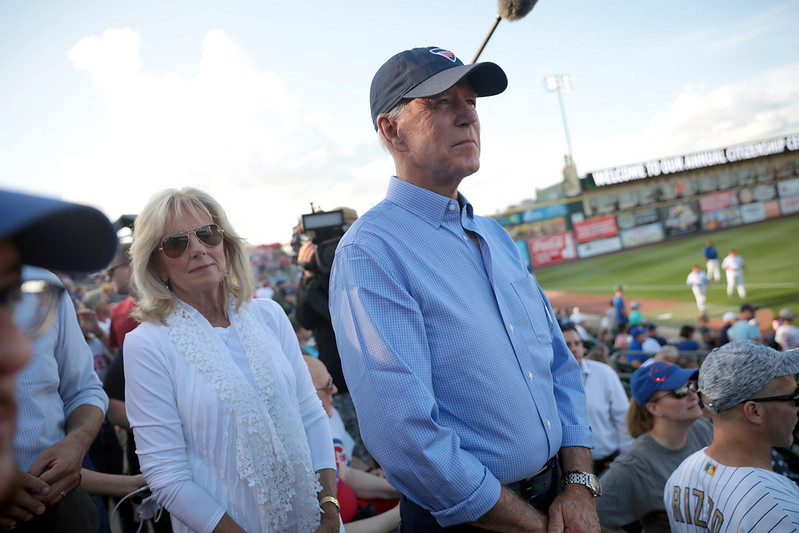 Build Back Better could make a big difference for Latino families. So what’s the holdup?

Negotiations on the Build Back Better bill have dragged on, despite President Joe Biden’s push to get it passed by Christmas. The bill, a $1.57 trillion budget for social spending, would cut taxes, create jobs and lower costs for working Latino households. Yet some legislators are saying they don’t see it passing before the end of the year.

The Build Back Better bill passed the House of Representatives last month, and the Biden administration has applied pressure for a Senate vote by the end of the year. The bill is a direct response to the drastic cut to funding social services, and the increased job loss that resulted from the pandemic closures. Latinos were among the hardest hit communities during the pandemic. Advocates say Latinos could benefit greatly from the Build Back Better bill – if it passes.

The bill has faced criticism from Republicans, and skepticism by a couple Democrats: Sen. Joe Manchin of West Virginia and Sen. Krysten Sinema of Arizona. Data shows that a majority of American voters support the Build Back Better bill.

A huge benefit to Latinos, experts say, is that the bill would lower the cost of health care. Not only will health care become more affordable for the 10.9 million uninsured Latinos in the U.S., but the bill cuts costs on prescription medications, too.

On average, Americans pay two to three times more for their prescription medications than other wealthy countries. Despite the fact that Latinos face a higher rate of health disparities, Latinos use 10% to 40% less medication than white Americans.
Biden has stated that the Build Back Better bill would move us “towards a more sustainable, resilient, equitable and prosperous future.”

In addition to reforming the country’s healthcare system, the bill is said to create jobs by investing in workforce development. An estimated 4.5 million Latino families would also benefit from the bill’s tax cuts intended for families with children, effectively cutting the Hispanic poverty rate by 39%.

The president’s Christmas deadline for Build Back Better might not be met. The Senate parliamentarian is still reviewing the bill to make sure it fits within Senate rules. It’s unclear if Manchin and Sinema will support the bill in its current state – and if not, what changes they demand. And the Senate is currently scheduled for Christmas break by the end of the week, though that may change.

Despite the obstacles, the president is not letting down.

“I’m committed to using every tool I have to lower prescription drug costs for Americans,” Biden told Congress Monday. “To really solve this problem … we need Congress to finish the job, to come together and make a difference in people’s lives.”